The Globe and Mail: Hold off on the Touchdown Celebration While You’re Still on the One-Yard Line 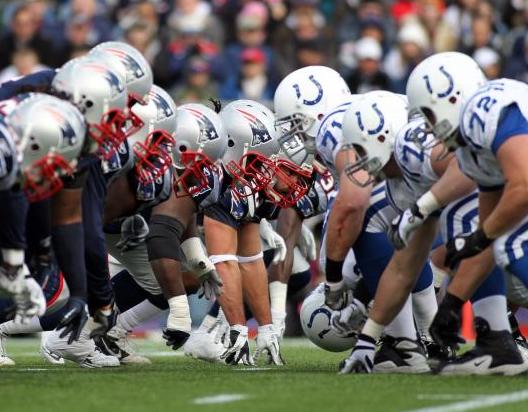 (Click Image for Article on The Globe and Mail)

Courting a new leader for your organization can be a lot like the search for a new head coach.

A great example of what to do – and what NOT to do – is the recent case of Josh McDaniels, the offensive coordinator of this year’s Superbowl runner-up, the New England Patriots.

The Indianapolis Colts were on a quest for a new head coach and McDaniels was their front-runner. All signs pointed to McDaniels signing as a certainty. He had verbally accepted the role with the Colts, his agent publicly said he was coming to the Colts and a press conference was scheduled for the Colts to announce McDaniel as their new top gun.

But less than 24 hours before the news Colts scheduled news conference, McDaniels made the decision to stay in New England. Let’s look at why McDaniels decided to stay and the lessons we can learn from it when searching for a senior new leader.

A high performing executive with a young family will likely consider the ramifications for their family before making a move to a new organization and city.

Josh McDaniels has four children, ages 3-12. Moving to a new city would mean each child would have to adapt to going to brand new schools, new social networks etc. Sources say the Colts knew McDaniels was very concerned about this throughout the recruiting process. It was ultimately a key factor in his decision to stay in New England.

You must address your candidate’s personal drivers head on. In this case, take the candidate (and their family) out on a tour of top-notch schools in the area to showcase the community. Try to relieve any anxiety that might exist with the relocation. Set the candidate up for family success, which is the bedrock of professional success.

ESPN reported McDaniels “had been vacillating on this decision throughout the interview process.” When a potential leader shows doubt or uncertainty, if you really want them, you need to go the extra mile.

For example, the Colts could have been making their case to McDaniels right up to and after the Superbowl. They could have flown in to spend time with McDaniels when they knew he was going through his exit interview with the Patriots – an emotional process. Be there for him, show him they care, take him to dinner, and do everything in their means to show how much they wanted him.

Psychologically, that effort would surely impact McDaniels and anyone else in this situation. To see that an organization is literally travelling hundreds of miles up to the last minute to woo you would influence a person’s decision.

Lesson 3: It’s Not Just About Being the Boss

McDaniels has been a head coach before. He was inches away from being a head coach again. But in the end, as one source said, “he’s always just insisted that everything be right, or he wasn’t going to leave.”

Like football teams, organizations often assume every senior leader is vying for the top job one day. But that’s not the entire equation, as McDaniels’ story clearly illustrates. Someone who is VP of Sales, for example, and is recruited to be a CEO, will weigh all kinds of variables before making a decision. Am I going to be set up to be successful? Is the company the right culture fit? Is the team I will be part of the right one for me? Can I make an impact? Is it right for my family? What happens if I am not successful?

Recognize that when an executive is comfortable and happy where they are, the top job elsewhere would need to be ‘just right’ for them to make the move.

Baseball icon Yogi Berra coined this famous phrase when the team he was coaching in the 1970s was behind in the race to finish first. The Colts found out how true this expression is and there’s an important lesson for all companies to learn from it.

McDaniels had not yet signed a contract, but the Colts went ahead with planning a news conference, ostensibly to introduce him as their new head coach. They tweeted about the conference, announcing the time it would be held.

This is a classic example of an organization letting their own timelines drive a process, and trying to write their own narrative without the candidate being a co-author of the story. The results were not only the embarrassment of having to last minute cancel the news conference when McDaniels opted to stay with the Patriots, but also potentially harms the new coach they hired, Frank Reich, who may potentially feel and be viewed as the “second choice.”

No matter how great everything seems to be going with your search for your next leader, don’t set yourself up to get burned the way the Colts did. In short, hold off on the touchdown celebration while you’re still on the one-yard line!

Darren Raycroft is an Executive Search Partner with 12+ years of executive search and strategic consulting experience. His work for The Bedford Consulting Group focuses on clients in the Life Sciences, Manufacturing/Distribution, Private Equity and Consumer Products verticals in Canada, the United States, Europe and Japan.

Turning Disruption into Innovation: How to Lead Through COVID-19
Why business leaders should look to Nick Nurse if they want to score big
International Women’s Day: A Letter to My Children
PRESS RELEASE: Nuclear Power Executive Ian Rowley to Join Bedford Consulting Group
Mastering Manufacturing in North America
Bedford Group TRANSEARCH Recruits Top Quality Executive to Getinge Group
It’s Time to Close the Behavioural Skills Gap
The Bedford Group and SalesChoice Inc. Continue Strategic Partnership
The Transformational Leadership Series: Rising Through The Ranks
THE CFO EVOLUTION: IDENTIFYING EMERGING ARTIFICIAL INTELLEGINCE TO GIVE YOUR COMPANY A COMPETITIVE EDGE
The Leadership Shift: The Effect of Millennials Moving into Senior Positions
Inaugural golf tournament raises funds for YMP scholarships
How Companies Can Combine Intelligent Technologies and Learning Strategies To Accelerate Skills Acquisition and Be More Competitive
The Time Is Now for Executives to Embrace and Lead a Culture Aligned with Intrapreneurship
How Startups in Smaller Markets Can Attract Top Talent
Announcing the release of Bedford resource’s 5th annual mining industry report of board and executive compensation
The 99% Club: What You Can Learn From Glassdoor’s Winning CEOs
Leadership Qualities Needed for the Future of Work
Building An Employer Brand That Attracts And Retains Great Talent
Always Hiring: The Criticality of Building AND Nurturing Talent Pipelines
The Bedford Group & SalesChoice Inc. Develop Strategic Alliance To Help Clients Build ‘The Organization Of The Future’
Leathwaite’s 2019 Global HR Leadership Survey
Is Your C-Suite Ready for the AI Revolution?
Keys to success in your first CEO role
What Every C-Suite Leader Must Know About AI Readiness.
The Essential Interview Questions Selection Committees, CEOs, and Heads of Talent Should Be Asking An Executive Search Firm
Why The Candidate Experience Matters More Than Ever—And How To Improve It
Top 3 Recruitment Trends for 2019
The New Role of the CHRO in the Age of Disruption
How to Recruit Top Talent When They’re Not Looking for a Career Move
Follow these 5 steps to future-proof your career
The Bedford Consulting Group Welcomes Stephen Diotte as Partner
Top paid mining CEO in 2017 is Lourenco Goncalves with Cliffs Natural Resources
Cannabis, Succession, & The War For Talent: Just 3 Reasons Why You Need To Rethink The CHRO
3 Helpful Interview Tips Of CEOs Who Can Tell A Good Story
A 3-Step Action Plan For Evolving CEOs
4 Reasons Why New CEOs Must Be Pragmatic & Mindful In Tandem
Bedford Recruits Top Executive for RAMPF Composite Solutions
Bedford Recruits Top Executive for ABC Group
Welcome David MacPherson to Bedford Group
Leading the Charge for Diversity and Inclusion
A Leader from Within: Revera President & CEO Tom Wellner
The AI Revolution: Fast Rising To The Top Of The C-Suite Agenda
Bedford Recruits Two Top MedTech Executives for Getinge Group
Upcoming CEO Roundtable Event – May 30 2018 at 8:00AM
How to Build the Best Leaders
Introducing The Mining Monitor newsletter
RESILIENCE IN A SEA OF CHANGE: Ed Gudaitis, GM – Canada, Allergan
CIM Awards
BEDFORD’S SPRING EXECUTIVE HUMAN RESOURCES ROUNDTABLES
Upcoming HR Executive Roundtables
THE BEDFORD GROUP AND RHR INTERNATIONAL PRESENT THE NEXT ROUND OF THE HUMAN RESOURCES EXECUTIVE ROUNDTABLE SERIES!
Social media and hyper connectivity
Celebrating Exceptional Achievement Among Young Mining Leaders in Canada
The right time to challenge the status quo
Bedford and CIM are proud to announce its 5th annual young mining leaders award
Bedford is proud to announce the official release of John Burdett’s new book – team: align, build, connect & develop
The difference between executive search and contingent recruiters
Bedford’s 6th annual mining industry report of board and executive compensation
No time for heroes
THE ODD COUPLE: RETHINKING HR & CEO PARTNERSHIPS
Upcoming CEO Roundtables
Future-Proof Your Business With A Succession Plan