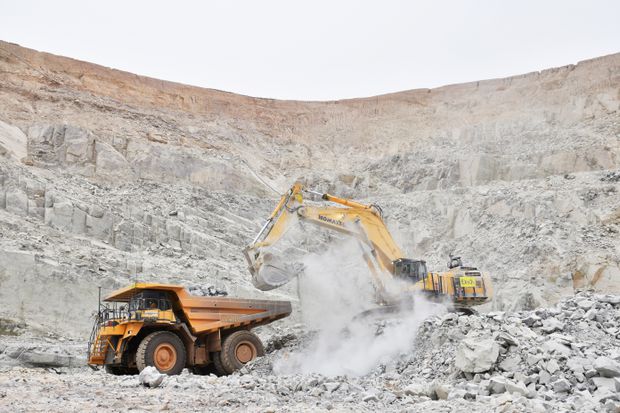 Executives at Teranga Gold Corp. are set to be paid US$31-million in severance and other benefits, after agreeing to a takeover deal from a competitor, an amount that one stakeholder claims is egregious and further evidence of poor governance in the Canadian mining sector.

In November, Britain’s Endeavour Mining Corp. reached a friendly deal to buy Toronto-based Teranga in an all-stock transaction worth about $2.44-billion.

Earlier in the year, Teranga calculated that “change of control” payments to five top executives who could lose their jobs in the event of an acquisition would total about US$10-million, consisting of about US$7-million in cash severance, plus the benefit of the early use of stock options.

But Teranga now says it will pay top executives more than three times that amount. The bump is largely because of the surge in price of the shares last year, as much of the compensation being paid to executives is in the form of equity awards. Teranga shares were trading at about $7 when it made the earlier estimate, based on a year-end 2019 calculation. Endeavor’s takeover offer for Teranga is worth about $14 to $15 a share, depending on where Endeavour shares trade.

Richard Young, chief executive of Teranga, is set to receive about US$20-million when he departs the firm, including two times his annual salary and bonus in cash. But the bulk of the payout will come from vested stock options amassed since he founded the company in 2010 that he had previously never cashed.

“With the growing trend of ESG investing, mining companies have spilled a lot of ink outlining the environmental and social aspects of their ESG programs, while ignoring governance,” she wrote in an e-mail to The Globe and Mail.

“The governance score in the precious metals mining sector is low by any metric. Very low.”

But Mr. Young defended the payments he’s set to receive, saying they are similar to those made to executives of companies of the same size in M&A scenarios, and particularly merited in his case because Teranga has grown so rapidly under his leadership.

“It’s not out of line with the mining industry or what you see in Canada,” he said. “And look, I was the founder, I was the first employee.”

Teranga shares had a 94.6-per-cent return in 2020, heady even in a good year for the mining sector. Since their December, 2010, initial public offering, however, they’re flat, according to S&P Global Market Intelligence.

Teranga executives will get cash payments equal to twice their salary and bonuses paid, based on an average of the 2019 and 2020 numbers. They’ll receive cash for their past restricted-stock awards, rather than exchanging them for Endeavour shares. Their stock options will be turned into Endeavour options, but they’ll be able to use them immediately, rather than waiting for them to vest on their original schedule. They’ll have no more than two years to use them.

The Globe and Mail calculates Teranga’s top five executives have stock options, previously vested and unvested, worth roughly $37-million at the merger price.

Frank Galati, managing partner with the Bedford Consulting Group, said the payments to Teranga’s executives are in fact “reasonable” when compared with the norm in Canada.

“The company has done exceptionally well, and the industry is in the midst of a major upswing, so it makes sense that the equity-based compensation the executives took when they joined the company are now paying out,” he said.

Still, Ms. Van Alphen maintains that the payments to mining executives in Canada are far too high when compared with other countries with large resource markets such as Australia. There, executives typically received one year in compensation when they leave, as opposed to the two years that is typical in Canada. In addition, share units are usually held to their full term, as opposed to the early vesting that is often allowed in Canada.

Even Mr. Young hinted that the norms in Canada are becoming excessive.

“It’s an open question as to whether anyone should be getting that kind of money,” he said of his own exit package at Teranga.

While Teranga shares have recently outperformed, the Canadian mining industry also has a long track record of awarding excessive pay in the face of poor performance, and granting executives who run junior miners compensation akin to what a senior mining executive makes.

In 2019, several governance experts reacted with revulsion when former Goldcorp chairman Ian Telfer was paid a cash severance of US$12-million after selling the company at a deep discount to a U.S. competitor.

In November, a management takeover of junior gold miner Caldas Gold Corp.saw change-of-control payments of US$8.8-million paid to executives of a company with a market value of just $240-million.

Increasingly, even some Canadian gold mining CEOs, who have often fallen afoul of their own shareholders for being paid too much, are conceding that compensation in the industry is getting outlandish.

In 2019, Yamana Gold Inc. founder Peter Marrone said compensation levels had gotten too high. In 2015, Yamana lost a non-binding say-on-pay vote after awarding Mr. Marrone a US$2.7-million cash bonus and 450,000 performance share units as a reward for making an acquisition, on top of his regular US$5.7-million compensation.

Afterward, he returned the share units but kept the bonus.